Back to overview more info Add to favourites Remove from favourites 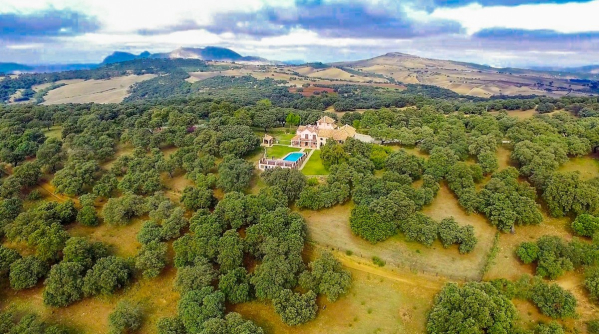 Spectacular, fully reformed and highly appointed Finca atop the Serrania de Ronda. The expansive land is well defined with areas of crop production as well as a large, multi-use, agricultural building and an animal breeding/ rearing area. The property also benefits from ten hectares of vineyards and two independent guest houses..

The land at the Finca consists of ten hectares of vineyards, productive areas for the cultivation of crops and 1,000m2 for the breeding and rearing of livestock. The Finca benefits from numerous wells, delivering mineral water from the Serrania. There are associated water deposits throughout the Finca for the storage and provision of water to livestock/ crops etc. There is a large agricultural building as well as numerous animal pens for the containment of livestock.

The main house is in excellent condition with hot water by thermodynamic solar panels, heating by independent radiators, the heating of which is provided by a solid fuel and oil fired boiler. The dwelling also benefits from climalit double glazed windows throughout.